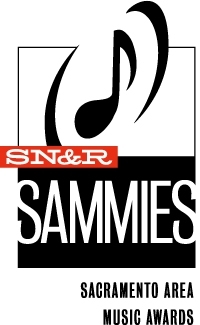 The Sacramento News & Review held their 20th Annual SAMMIE Awards Ceremony
in downtown Sacramento on Oct. 1, 2011, where it was announced that STEELIN' DAN
came in 1st place winning this year's SAMMIE Award for "BEST COVER BAND".

More than 6,000 unique voters submitted the name of their favorite band during the
two month nomination process.  This resulted in a list of the top 10 nominees.

Following the nomination process, the SN&R conducted a one month voting period
when the general public voted for their favorite band from among the 10 nominees.
The final vote tally resulted in STEELIN' DAN coming in 1st place to win the award!

STEELIN' DAN wishes to thank all those music fans throughout the Sacramento and
surrounding areas who voted for the band.

"Heads up, Steely Dan fans: Instead of waiting for their next tour, get your fix with local tribute band Steelin' Dan. From the straightforward pop/rock of Reelin’ in the Years to the quirky, jazz-infected Green Earrings, even the most discriminating Dan fans will be hard-pressed to find flaws in Steelin' Dan’s amazingly accurate arrangements and marksmanlike musicianship!"
- Sacramento Magazine, November 2008

STEELIN' DAN was also honored to be one of the featured performers at the 2008 "Best Of Sacramento Party", performing in front of 8,000 attendees at the Sacramento Convention Center.  (photo below)

2010 SAMMIE AWARDS
We are proud to announce that STEELIN' DAN has been nominated for the 2010 SAMMIE Awards (Sacramento Area Music Awards).   The band was selected to be one of only 10 bands from the Sacramento & Northern California areas to secure a nomination and go on to compete for the coveted SAMMIE Award Category: "BEST COVER BAND"

The winner will be determined based on total number of votes cast by the general public.  (votes are cast on-line.)   The voting deadline is Sept. 23rd... and the winner will be announced on October 9th.

Steelin' Dan would like to thank the program sponsor: SACRAMENTO NEWS & REVIEW for this special recognition... and we especially want to thank all the great Steelin' Dan fans for their continued support.   You guys are the best!
For the SAMMIES link, click HERE.